There are also noun compounds that don’t grow to great length, but still manage to be obscure unless you’re already following the story they relate to. Today’s BBC News website contains the following headline:

We can infer the probable, general meaning of “blast boy” from the headline, since blast is common shorthand for explosion (it can also mean criticise or criticism). But anyone unfamiliar with the narrative background will at best have only a vague idea of what’s being reported: we lack the necessary shared context until we read on.

“Blast boy” is what Arnold Zwicky calls a distant compound. These are noun-noun compounds “that can only be correctly understood by someone who can fill in the story that connects the referents of the two nouns”. The sense of distance comes from the

distant real-world relationships between the referents of the modifier and the head, requiring considerable background knowledge for the reader to interpret them.

On Language Log a few years ago, Geoffrey Pullum used the headline phrase “canoe wife” to discuss the “unnatural semantic relations” of these striking constructions:

It looks to me like a noun-noun compound N1 N2 can be formed given just about any relation between N1-type things and N2-type things that turns out to be a relevant one for the description of some situation.

Other examples I’ve noticed include “missile woman”, “shark widow”, “polar bear scientist”, and “Smuggle plot tomatoes” (hat tip to Lynne Murphy); in each case the nouns have a very different semantic relationship. Distant compounds are quite common in news headlines, perhaps especially in the UK. Have you spotted them in the wild? 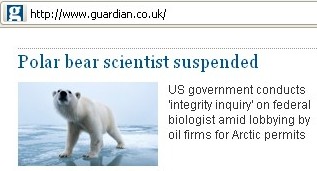 * Downing’s paper is at JSTOR for those of you with access. Her term deictic compound may be fine for linguists, but for everyday use I think Zwicky’s coinage distant compound has obvious advantages.

This entry was posted on Wednesday, June 27th, 2012 at 4:18 pm and is filed under grammar, journalism, language, syntax. You can follow any responses to this entry through the RSS 2.0 feed. You can leave a response, or trackback from your own site.

9 Responses to ‘Smuggle plot tomatoes’ and other distant compounds