We did this in several ways. Sometimes do is used:

Sometimes be is inflected:

To be going to the place in which there be’s no welcome (Anthony Raftery, ‘The History of the Bush’, tr. Douglas Hyde)

And sometimes be is paired with auxiliary do:

And who is the gentleman does be visiting there? (James Joyce, Ulysses)

Synge’s line shows the do construction, which looks like an emphatic or contrastive do but is spoken unstressed. Hyde’s translation shows the be’s form, also spelt bes, bees or biz. Joyce’s line shows the do be form (No Sinatra jokes, please), as well as a subject contact clause. Do be and be’s are also used for questions and negatives: Does she be tired after work?; Be’s he always like that?

Different scholars use different terms for this grammatical feature, including habitual, durative habitual, iterative, consuetudinal and generic aspect, ‘often with very subtle subdistinctions’ according to Markku Filppula. Regardless of what term is used, habituality is their chief constituent. P.W. Joyce elaborates in English As We Speak It In Ireland:

In the Irish language (but not in English) there is what is called the consuetudinal tense, i.e. denoting habitual action or existence. It is a very convenient tense, so much so that the Irish, feeling the want of it in their English, have created one by the use of the word do with be: ‘I do be at my lessons every evening from 8 to 9 o’clock.’ ‘There does be a meeting of the company every Tuesday.’ ‘’Tis humbuggin’ me they do be.’ (‘Knocknagow.’)

Sometimes this is expressed by be alone without the do; but here the be is also often used in the ordinary sense of is without any consuetudinal meaning. ‘My father bees always at home in the morning’: ‘At night while I bees reading my wife bees knitting.’ (Consuetudinal.) ‘You had better not wait till it bees night.’ (Indicative.)

Though be’s can be heard in pockets around the island, I associate it with speakers from northern counties. My roommate in college had a strong and distinctive Donegal dialect, and when I knew him (he’s no longer with us) I heard be’s very regularly. I use it myself infrequently, not having grown up with it but liking it enough to adopt it. Do and do be are my usual choices for habitual aspect. 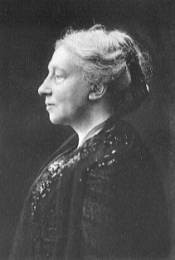 Here’s an example of be’s from Patrick McCabe’s novel Winterwood:

It be’s hard for strangers trying to do that – tell us menfolk one from the other, with our great big beards and red curly heads.

One from Robert Bernen’s story ‘Brock’:

‘But sure plenty dogs be’s that way,’ Mary interposed.
‘Aye,’ Paddy answered. ‘Some does.’

And the same author’s ‘Danny’s Debts’, from Tales from the Blue Stacks:

The apostrophe-less style, from Rosa Mulholland’s story ‘The Mystery of Ora’:

An example of do be, from Joyce’s Exiles:

Up half the night he does be.

One from Lady Gregory’s Visions and Beliefs in the West of Ireland:

The people do be full of stories of all the cures she did.

This line from J.M. Synge’s The Well of the Saints has both do be and do forms:

They are, holy father; they do be always sitting here at the crossing of the roads, asking a bit of copper from them that do pass…

While the next (also from Synge) offers both, plus a couple of do be negatives. Though these latter resemble imperatives (don’t be looking on people), they are describing something habitually not done:

For it’s a raw, beastly day we do have each day, till I do be thinking it’s well for the blind don’t be seeing them gray clouds driving on the hill, and don’t be looking on people with their noses red, the like of your nose, and their eyes weeping and watering, the like of your eyes, God help you, Timmy the smith.

Loreto Todd, in Green English, breaks down the distinction thus: Mary {goes | is going | biz/bees going | does be going} to school, noting that biz/bees ‘suggests regularity’ and does be ‘both regularity and habitualness’. She offers an example from live speech to highlight the difference:

Female A was house proud and liked her drying cloth to be on its peg when not in use. Female B often left the drying cloth on the draining board and was told: ‘That cloth biz on the peg when it doesn’t be drying dishes!’

When the main verb in a clause is also do, it can lead to reduplicative strings which, though unremarked by Irish people, might raise an eyebrow in others. The prologue to Edna O’Brien’s Tales for the Telling refers to ‘the deeds they do be doing’, while Ulysses has a woman who ‘hid herself in a clock to find out what they do be doing’. Séamas Moylan’s Southern Irish English offers ‘I do do it myself an odd time.’ The do do utterance is something I do do myself; again, the first do is unstressed, unlike in contrastive or emphatic uses.

Moylan reports that this ‘very typical feature of Rural SIE was already a shibboleth of the educational establishment’ in the late 19thC, quoting Peadar Ó Laoghaire’s My Story in which the priest recalls an inspector insulting a child and his family ‘before the entire school!’ for using do be. A reader of Sentence first reported their teacher forcing students to cut out and bury text with do be in it. The persistence of the usage despite such vicious opposition ‘is probably an index of the need felt for the aspectual distinction it makes’, Moylan writes.

The origin of these habitual-aspect forms in Irish English is not entirely clear but seems to point to Irish in contact with English. Dialectologist Joseph Wright in 1898 reported several examples of ‘to do be’ from Ireland and southern England. Hickey 2007 (PDF) summarises it as ‘convergence with English input in south, possibly with influence from Scots via Ulster; otherwise transfer of category from Irish’.*

In syntax, there are many features which either have a single source in Irish or at least converged with English regional input to produce stable structures in later Irish English. To begin with, one must bear in mind that adult speakers learning a second language, especially in an unguided situation, search for equivalents to the grammatical categories they know from their native language. The less they know and use the second language, the more obvious this search is. A case in point would involve the habitual in Irish. […] There is no one-to-one formal or semantic correspondence to this in English, so what appears to have happened is that the Irish availed of the afunctional do of declarative sentence, which was still present in English at the time of renewed plantation in the early seventeenth century…

Lastly, Jeffrey L. Kallen 2012 (PDF) has some detail on usage, semantic differentiation and geographical distribution. He says the be form (what I’ve styled be’s) ‘is relatively invariant, almost always occurring as bes (sometimes spelled as be’s or bees) and never using regular morphology as in *I am.’ He presents the following illustrative set:

One unsettled question on generic/habitual verb forms concerns the differentiations which can be made within sets such as (10). Semantic differences can be suggested – as between the recurrence of discrete events seen in (10b) versus more extended states of affairs as in (10d) – but existing evidence does not give us a clear pattern.

Kallen says that despite intimations that be forms are ‘more specifically associated with the Ulster dialect area’, it is attested in southern Irish counties including Dublin and neighbouring Meath in the east, Galway and Roscommon in the west, and Wexford in the southeast (albeit recessive). So the two forms’ relative geographical distribution is not as clear-cut as some sources say.

Moylan suggests that the usage is on the way out. I hope not.

* It’s also worth noting the parallels with African-American Vernacular English; see for example Collins 2006 and Rickford 1999. AAVE do she be equates, I think, to HibE does she be. Both offer be’s/bees. Do be is definitely not available in standard English: Pollock 1989 (PDF), discussing so-called ‘do support’, explicitly contrasts John is not happy with *John does not be happy – but the Asterisk of Incorrectness would not apply in Ireland.

This entry was posted on Friday, March 13th, 2015 at 3:14 pm and is filed under dialect, grammar, Hiberno-English, Ireland, language, language history, syntax, usage. You can follow any responses to this entry through the RSS 2.0 feed. You can leave a response, or trackback from your own site.

39 Responses to Do be doing be’s: habitual aspect in Irish English