Bewondered by obsolete be- words

The prefix be- has a wide range of meanings and applications. It can be added, forming transitive verbs, to nouns (befriend), adjectives (belittle), and other verbs (bespeak) and it can help turn nouns into participial adjectives (witch → bewitched; suit → besuited).

Prefixing a word with be- often lends the sense ‘about, around, all over’ or ‘completely’. It can also intensify it, as in the line ‘Snails, much despised, bekicked, and becrushed’ in George Kearley’s natural history book Links in the Chain (1863). Or it can suggest affecting or afflicting something greatly, as in bestench (1568) ‘to afflict with stench’.

The prefix was common in Old English, appearing in words like befealdan ‘fold round’ and behātan ‘promise’ (examples are from Burchfield’s The English Language) and becoming part of prepositions like before, behind, below, beneath, and beyond. In Middle English be- continued to spread, being added also to imports from French and other Romance languages: becalm, beguile, belabour, besiege.

Word formation with be- was prodigious a few centuries ago, far less so nowadays. Many of the words thus formed fell out of use, so the OED is bespattered (1674) with archaic be- words, some of them most besotting (1743). Susie Dent introduced me to bescumber ‘to scumber on’ (1599), i.e., ‘spray poo on’; it was even used by Ben Jonson, as I reported in a Strong Language post about Dent’s Guide to Swearing.

Becack and bedung, from the same era, are more or less synonymous. Beshit and beshite are over a thousand years old and, per the OED, were ‘common in Middle English and early modern English literature’. I got to bebrowsing (2017) these and less scumbersome examples after this bit of serendipitous bewonderment:

Felt there should be a verb BEWONDER = "fill with wonder", and there is! OED says it's obsolete since 1600, which bewonders me. #bewonder 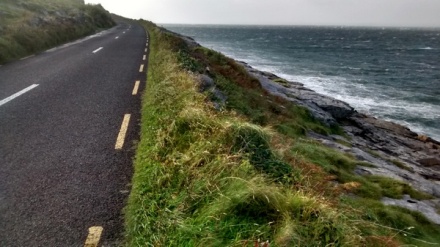 Here are some others I like, with glosses and dates taken mostly from the OED:

bebishop: to make into a bishop

bebog: to entangle in a bog (1661) (‘His feet were fixed in Ireland, where he was not bebogg’d’ – Thomas Fuller, The History of the Worthies of England)

beheaven: to endow with celestial bliss (1601)

beheretic: to call, stigmatize, or treat as a heretic (1539)

bejesuit: to initiate in Jesuitism; to work upon by, or subject to, Jesuits (1644)

bemissionary: to pester with missionaries (1884)

beslipper: to present with slippers (1866)

besonnet: to address or celebrate in sonnets (1860)

bespurtle: to asperse or befoul with anything spurted on; also fig. (1616)

bestrut: to strut or walk pompously over (1594)

bewinter: to overtake or affect with winter (1647)

There are hundreds upon bemazing hundreds of mostly forgotten be- words. Let us bepopulate the language with them again – or beword new ones, whether necessary or not, to suit our fancy.

Anna Burns’s amazing Milkman has a line with a series of novel ones:

This entry was posted on Monday, September 25th, 2017 at 7:13 pm and is filed under etymology, grammar, language, language history, morphology, words. You can follow any responses to this entry through the RSS 2.0 feed. You can leave a response, or trackback from your own site.

27 Responses to Bewondered by obsolete be- words