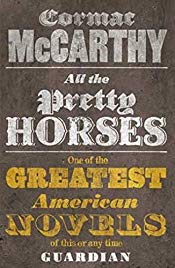 This seems reasonable on the face of it, though biased towards a certain type of writing. McCarthy’s novels benefit from a minimalist style, but that won’t always suit science writing. Advising scientists to omit words and commas whenever possible makes it likely they’ll overdo it. Sometimes minimalism undermines clarity. Redundancy can be a feature, not a bug.

Keep sentences short, simply constructed and direct. Concise, clear sentences work well for scientific explanations. Minimize clauses, compound sentences and transition words – such as ‘however’ or ‘thus’ – so that the reader can focus on the main message.

Yes to short, simple, direct sentences. I edit a lot of academic writing, and I often turn 75- or 100-word sentences into multiple shorter ones. It’s possible to write giant sentences that readers will follow effortlessly (and may even enjoy), but this is an advanced skill that is beyond most writers. Long, complex sentences also tend to suit literary and legal contexts better than scientific ones.

‘Minimize clauses’ means not writing anything, or writing only fragments. I guess they mean subordinate clauses, or maybe the number of clauses in a single sentence. (This tip may be a victim of that drive for minimalism.)

Avoid footnotes because they break the flow of thoughts and send your eyes darting back and forth while your hands are turning pages or clicking on links. Try to avoid jargon, buzzwords or overly technical language. And don’t use the same word repeatedly – it’s boring.

Footnotes have their place. It’s easy to use them to excess, of course, but I would not tell science writers to swear off them unless they’re outlawed by a house style. Jargon and technical language, too, are useful in certain contexts. Science writers writing for a scientifically literate audience is one such context.

As for ‘Don’t use the same word repeatedly – it’s boring’: I’m not sure what kind of words they mean – perhaps nonetheless, significantly, and other heavy, formal adverbs. It’s certainly okay to repeat the and of. And if you’re writing about, say, fungi, you’re going to use the word fungi a lot, and that’s not being boring, necessarily.

With regard to grammar, spoken language and common sense are generally better guides for a first draft than rule books.

If by ‘rule books’ they mean the likes of The Elements of Style, then ignoring them (at least initially) is a sound strategy. We can assume that there are rewriting, editing, and proofreading phases to fix anything that may have gone grammatically or orthographically awry between draft #1 and publication.

Dashes should emphasize the clauses you consider most important – without using bold or italics – and not only for defining terms. (Parentheses can present clauses more quietly and gently than commas.)

I would advise, instead, that you use pairs of dashes, parentheses (i.e., round brackets), and commas to present parenthetical material of different types. They should not be used to ‘emphasize the clauses you consider most important’. That’s what main clauses are for.

Don’t lean on semicolons as a crutch to join loosely linked ideas. This only encourages bad writing.

Yes, and yes. (ICYMI, I reviewed a book about semicolons recently.)

Use these words [surprisingly, intriguingly] only once or twice per paper.

I would not allow intriguingly to appear twice in a paper I was editing. Even once is pushing it. Maybe I have a high threshold for intrigue.

Use a personal tone because it can help to engage a reader. Impersonal, passive text doesn’t fool anyone into thinking you’re being objective: “Earth is the centre of this Solar System” isn’t any more objective or factual than “We are at the centre of our Solar System.”

You could make a case for We over Earth as the subject of that line, but not an irresistible one. Also, describing ‘Earth is the centre of this Solar System’ as ‘passive text’ seems to be a muddled way of saying that it lacks an explicit human agent. Be careful with ‘passive’ terminology.

When you think you’re done, read your work aloud to yourself or a friend. Find a good editor you can trust and who will spend real time and thought on your work. Try to make life as easy as possible for your editing friends. Number pages and double space.

Don’t rant to editors about the Oxford comma, the correct usage of ‘significantly’ or the choice of ‘that’ versus ‘which’. Journals set their own rules for style and sections. You won’t get exceptions.

Amen ­– unless the unwelcome deletion or addition of an Oxford comma interferes with the sense; ditto the use of that or which. This may be an apt time to quote from my A–Z of English usage myths:

We are (often to our detriment) a rule-loving species, uncomfortable with uncertainty and variation unless we resolve not to be. We defer to authority but are poor judges of what constitutes good varieties of it. So if a self-appointed expert on English asserts a rule, some will lap it up no matter its validity.

It’s a common pattern: Someone with influence repeats a dubious rule or notes a personal preference, and in time it becomes dogma for countless writers and editors. McCarthy and company, happily, did not get bogged down in this, instead stressing the importance of ‘keep[ing] it simple while telling a coherent, compelling story’.

* The Crossing featured in a book spine poem I made some years ago – one of few I’m happy with.

This entry was posted on Monday, November 18th, 2019 at 7:42 pm and is filed under editing, journalism, language, punctuation, science, writing. You can follow any responses to this entry through the RSS 2.0 feed. You can leave a response, or trackback from your own site.