Not every reader will go up this particular path, but many will, since it’s natural and reasonable to assume initially that what was found was complete compliance. But the real object of found is the entire clause “complete” compliance . . . had dropped in the past weeks . . . – producing a near-opposite meaning.

The problem is compounded by the length and complexity of text before we reach that all-important had dropped. There is the stacked noun phrase government safety measures and the parenthetical phrase such as physical distancing and staying at home. It all takes us a long way down the path before the abrupt twist.

The solution is extremely simple: Add that after found. Like so:

Researchers who questioned more than 90,000 adults found that “complete” compliance with government safety measures, such as physical distancing and staying at home, had dropped in the past two weeks from an average of 70% of people to less than 60%.

Including the conjunction that tells the reader immediately that “complete” compliance is not the object of found but the subject of a whole clause. This closes off the garden path and signals readers to wait and see what was found about compliance.

Omitting that in contexts like this is a common practice and often inconsequential: We knew that we were safe. They said that it was okay. Other times, when the complement clause is deferred or more intricate, omitting that causes a momentary blip in comprehension: then it should be retained. Sometimes it positively cries out to be.

At least in this case the line’s sense is ultimately clear, even if delayed and initially obscured. Occasionally, omission of that ransacks meaning altogether, leaving readers to figure it out as best they can from background knowledge or probability.

Journalists routinely omit or delete that in situations like this. It’s not a good habit to make automatic. John E. McIntyre’s new book, Bad Advice (see my tweets here), refers to the ‘weird hostility’ to this use of that and advises those in the trade: ‘When that is there and does no harm, take your hands off the keyboard.’

Strunk and White’s famous advice to ‘omit needless words’, beloved by journalists and other writers, is counterproductive when it encourages a mindset that’s too eager to cut without regard to the consequences. It’s unwise to omit words if you lack the judgement to know which words are truly needless. 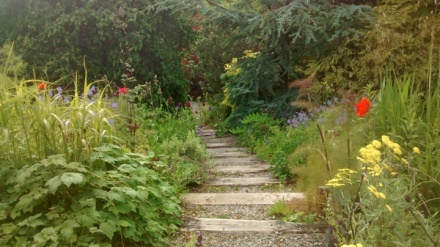 This entry was posted on Sunday, May 31st, 2020 at 1:20 pm and is filed under editing, grammar, journalism, language, syntax, usage, writing. You can follow any responses to this entry through the RSS 2.0 feed. You can leave a response, or trackback from your own site.

17 Responses to That puzzling omission