END_OF_DOCUMENT_TOKEN_TO_BE_REPLACED

For my monthly column at Macmillan Dictionary Blog, I’ve been writing about these linguistic items.

Whet is not a common or familiar verb, but wet is, and wet suggests the way your mouth waters or your stomach juices flow when you’re about to eat. So wet your appetite seems right. Gung-ho means ‘very enthusiastic, especially about something that might be dangerous’, but gung (from Chinese) is not a familiar morpheme in English, whereas gun is – and gun is strongly associated with danger. Hence gun-ho.

The post shows how eggcorns differ from folk etymologies, malapropisms, and mondegreens. (Inevitably, someone was enraged by the headline and jumped straight to the comments section.)

You might should know about double modals looks at a grammatical feature used in some dialects of English, especially in the USA but also in Scotland and northern England:

Can, could, will, would, shall, should, may, might, must, ought, and dare are modal verbs (aka modal auxiliaries, or just modals for short). Combine them and you get a double modal. The most common forms, at least in American English, are might could, might can, and might would, but many other pairs occur: might should, may can, should ought, must can, may will, and so on. Different combinations will be more or less typical or acceptable for different users.

I came across one just this morning (‘We might could work that together’) in the book I’m reading, Fear Itself by Walter Mosley – who also featured in my earlier post on multiple modals – but I never hear them spoken in Ireland.

A complement of compliments aims to sort out these words and their associated adjectives, complimentary and complementary. Confusable pairs like these are often explained in books and on websites without any help with remembering the difference, which is where the real problem lies. So I offer mnemonics:

Complement probably gives people more difficulty. Its meaning is related to complete, with which it shares the first six letters – including that ‘e’ in the middle, which is our next mnemonic. Macmillan Dictionary’s entry for the verb, sense 1, has the sample line: ‘The plants are chosen to complement each other’, and for sense 2: ‘This project is intended to complement, not replace, local authority programmes.’ Both convey the sense of something being completed – or supplemented, which, with its medial ‘e’, reinforces the mnemonic.

If you have alternative mnemonics, or even complementary ones, let’s hear them.

Look at the cut of this Irish expression

Growing up in rural Ireland, I regularly heard – and still occasionally hear – some version of the phrase the cut of someone. It’s an informal idiom that means the state or appearance of someone and usually incorporates criticism or amusement or both. Here’s an example I just read in Deirdre Madden’s novel Nothing Is Black: 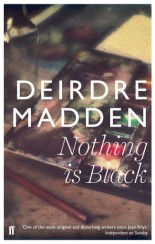 ‘Look at the cut of me!’ Claire’s mother had said the last time she’d visited her. She’d been sitting by a mirror, combing out her faded hair. ‘I’m as grey as a badger. How come I look so old, yet I feel no different to what I was forty years ago? Where’s the sense in that?’ She’d started to laugh …

In Irish literature the expression is generally found in dialogue or in vernacular narrative. Madden’s example is typical in a few ways: it’s light-hearted, colloquial, and deprecatory – in this case self-deprecatory. In a similar vein, the next two examples involve mirrors. Marian Keyes, Anybody Out There:

END_OF_DOCUMENT_TOKEN_TO_BE_REPLACED

On foot of an Irish idiom

In a comment on my post about 12 Irish English usages, Margaret suggested that I write about the Irish expression on foot of. It was a good idea: the phrase is not widely known outside Ireland and is therefore liable to cause confusion, if this exchange is any indication.

On foot of means ‘because of’, ‘as a result of’, or ‘on the basis of’. T.P. Dolan’s Dictionary of Hiberno-English offers the example sentences ‘On foot of this, we can’t go any further with this deal’ and ‘On foot of the charges, he had to appear in the court’.

These lines suggest it’s a formal phrase, and that’s invariably how I see it used; I’ve yet to hear it in everyday conversation. A search on Google News shows that it’s common in crime reporting in Ireland. I also see it in academic and business prose, an impression confirmed by the example sentences in Oxford Dictionaries, e.g.:

END_OF_DOCUMENT_TOKEN_TO_BE_REPLACED

Have a sky at this language

I’ve just finished reading Titanic on Trial: The Night the Titanic Sank (Bloomsbury, 2012), sub-subtitled Told Through the Testimonies of Her Passengers and Crew. It’s a sad and absorbing account, edited by Nic Compton, with about 70 ‘narrators’ plus a few outside experts (such as Ernest Shackleton) who gave evidence at the inquiries after the disaster.

It’s also of no little linguistic interest. One item that struck me was the evocative expression have a sky, meaning ‘have a look’. James Johnson, an English night watchman on the ship, reported:

I had no lifebelt then, so I went down for it after. I thought I might have made a mistake in the boat station list, and I went to look at it again. I said, ‘I will have a sky again.’ 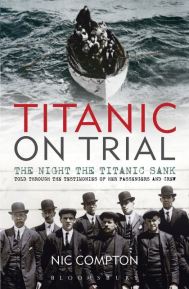 The line is at #3415 on this page, where the surrounding context can be read. In his introduction, Compton refers to the idiom but changes the verb from have to take. Describing the witness testimonies, he writes:

Not only are they unfiltered by any author, but they are absolutely contemporaneous and are imbued with the character of the times – good and bad. There are wonderful turns of phrase which were once the norm but now sound impossibly poetic – such as ‘I will take a sky’, meaning ‘I will take a look’.

James Johnson was apparently English, aged 41, and his line is the only example of the expression that I found on the Titanic Inquiry Project website. It doesn’t appear in the OED. So I’m not convinced that it was once commonplace, but I’d be interested to know if any readers have heard it.

It also prompted me to look up the etymology of sky, and I was rewarded with this lovely discovery:

END_OF_DOCUMENT_TOKEN_TO_BE_REPLACED

A fierce popular usage in Ireland

The adjective fierce has a range of overlapping meanings that convey aggression, savagery, intensity, and so on (fierce dog/battle/debate/storm), reflecting its origin in Latin ferus ‘wild, untamed’. In modern use its connotations are often negative or neutral, but it can also modify positive qualities (fierce loyalty/passion/strength).

Fierce leads a different sort of life in colloquial Irish English, where we put it to adverbial use as an intensifier, like very. I could say it’s fierce mild out, or that someone is fierce generous or fierce polite. The seeming paradox of these phrases is apparent to me only upon reflection; they come naturally to speakers of Hiberno-English.

END_OF_DOCUMENT_TOKEN_TO_BE_REPLACED

A quarter-century after publication seemed a good time to revisit Douglas Coupland’s self-consciously zeitgeisty novel Generation X: Tales for an Accelerated Culture. It remains a rewarding read, inventive and humorous, with a sincerity unspoiled by its often sardonic views.

A salient feature of the book is an ingenious, comical, cultural glossary supplementing the text as it unfolds. For example: Ultra short term nostalgia (unhyphenated in the book) is ‘homesickness for the extremely recent past: God, things seemed so much better in the world last week.’ This had special resonance after the UK’s Brexit vote last month, as did Historical Overdosing:

To live in a period of time when too much seems to happen. Major symptoms include addiction to newspapers, magazines, and TV news broadcasts.

(The symptoms for Historical Underdosing are the same.)

Some of the near-100 such entries, like McJob – the first in the book – have become established in broader usage. The OED cites Generation X in its entry for McJob, but credits a Washington Post headline from 1986 as the first use.

It’s worth comparing the two glosses: where the OED is appropriately disinterested and concise, Coupland adds wry sociological insight: