END_OF_DOCUMENT_TOKEN_TO_BE_REPLACED

If you write (and you probably do), you’ll inevitably be unsure about English usage sometimes. Can refute mean ‘reject’? How should I use whom? Is expresso wrong? Is snuck? What’s the difference between militate and mitigate? Can they be singular? Can I say drive slow? Very unique? What does beg the question really mean?

The language has so many areas of dispute and confusion that we have to turn to authorities for the answer, and this raises – not begs – the questions of who these authorities are and why we should trust them. Last year, in an A–Z of English usage myths, I wrote:

We are (often to our detriment) a rule-loving species, uncomfortable with uncertainty and variation unless we resolve not to be. We defer to authority but are poor judges of what constitutes good varieties of it.

There is no official authority in English, despite occasional misguided attempts to create an Academy like in French. Some people, by virtue of their learning and trade, gain a measure of authority; they may be grammarians, linguists, editors, lexicographers, columnists, and so on. But they often disagree. Look up different usage manuals, dictionaries, or articles, and you’ll find plenty of mutual dissent.

For those who want categorical answers to knotty questions of grammar, usage, or style, these discrepancies between experts can be frustrating, and may be dubiously resolved by picking one authority and sticking to it. For the linguistically curious who don’t need a quick answer before a deadline hits, these grey areas can be fascinating, especially when traced through history.

END_OF_DOCUMENT_TOKEN_TO_BE_REPLACED 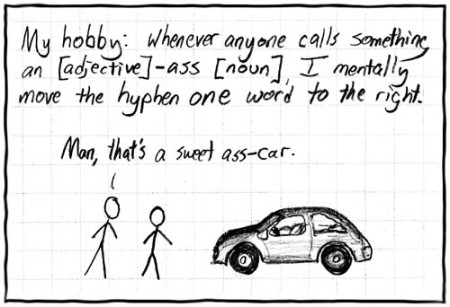 END_OF_DOCUMENT_TOKEN_TO_BE_REPLACED

Konrad Lorenz’s books always have wonderful anecdotes about animals, and On Aggression (1963, tr. Marjorie Latzke) is no exception. One chapter describes habit formation in geese, a greylag goose named Martina in particular, whom Lorenz had reared and who had imprinted on him. Lorenz writes:

In her earliest childhood, Martina had acquired a fixed habit: when she was about a week old I decided to let her walk upstairs to my bedroom instead of carrying her up, as until then had been my custom. Greylag geese resent being touched and it frightens them, so it is better to spare them this indignity if possible.

Pleased by this information, and by how it was phrased, I tweeted it. Later, after sharing another excerpt on geese behaviour, I added a hashtag:

You didn't sign up for #geesetips but that's what you're getting. https://t.co/beERIUBP7D

And there the idea would have remained, except that the next book I picked up, Molly Keane’s Loving and Giving, had its own geese tips.

END_OF_DOCUMENT_TOKEN_TO_BE_REPLACED

Have a sky at this language

I’ve just finished reading Titanic on Trial: The Night the Titanic Sank (Bloomsbury, 2012), sub-subtitled Told Through the Testimonies of Her Passengers and Crew. It’s a sad and absorbing account, edited by Nic Compton, with about 70 ‘narrators’ plus a few outside experts (such as Ernest Shackleton) who gave evidence at the inquiries after the disaster.

It’s also of no little linguistic interest. One item that struck me was the evocative expression have a sky, meaning ‘have a look’. James Johnson, an English night watchman on the ship, reported:

I had no lifebelt then, so I went down for it after. I thought I might have made a mistake in the boat station list, and I went to look at it again. I said, ‘I will have a sky again.’

The line is at #3415 on this page, where the surrounding context can be read. In his introduction, Compton refers to the idiom but changes the verb from have to take. Describing the witness testimonies, he writes:

Not only are they unfiltered by any author, but they are absolutely contemporaneous and are imbued with the character of the times – good and bad. There are wonderful turns of phrase which were once the norm but now sound impossibly poetic – such as ‘I will take a sky’, meaning ‘I will take a look’.

James Johnson was apparently English, aged 41, and his line is the only example of the expression that I found on the Titanic Inquiry Project website. It doesn’t appear in the OED. So I’m not convinced that it was once commonplace, but I’d be interested to know if any readers have heard it.

It also prompted me to look up the etymology of sky, and I was rewarded with this lovely discovery: