In idle half-hours I’ve been watching Danger Mouse on a DVD I picked up for the price of a croissant. As well as being enjoyably daft and wryly amusing, it’s a trip down memory lane; my sister and I loved the cartoon as children.

Browsing its Wikipedia page, I see that it was even more popular than I supposed, placing third (behind The Muppet Show and The Simpsons) in a UK Channel 4 list of the top 100 children’s TV shows of all time. It had a fantastic theme tune too:

Puns and silly wordplay are a constant (‘Shooting star? Crumbs! I didn’t even know they were loaded’). In an episode titled ‘I Spy With My Little Eye…’, written by Brian Trueman and directed by Keith Scoble, there is an exchange rich in overt linguistic humour, excerpted here.

END_OF_DOCUMENT_TOKEN_TO_BE_REPLACED

Notes on language from Steve Martin

Yes, that Steve Martin. I just read Born Standing Up: A Comic’s Life, his engaging account of his early years as a stand-up comedian and gag writer for TV, and I’d like to share a few short passages that relate to language.

On one of his endless trips around America as an aspiring freelance comic, Martin began taping his shows with a cassette recorder ‘in case I ad-libbed something wonderful’. This led to his abandoning a routine in which he drank a couple of glasses of wine, because when listening to the tape later he could hear himself slurring. He never drank alcohol before or during a show again.

He also made another significant change based on reviewing the tapes:

Texas-born and California-raised, I realized I was dropping my “ings” – runnin’, walkin’, and talkin’ – and I worked like Eliza Doolittle to elevate my speech. It was a struggle; at first I thought I sounded pretentious and unnatural. But I did it, though now and then I slip back into my natural way of speakin’.

END_OF_DOCUMENT_TOKEN_TO_BE_REPLACED

Foostering around with an Irish word

Fooster is one of those words much loved in Hiberno-English but largely restricted to it, not having crossed to wider dialects as galore and smithereens did.* Derived from Irish fústar /’fuːst̪ər/, and alternatively spelt foosther to approximate Irish phonology, it has a meaning more easily described in general terms than precisely pinned down.

To fooster is to fiddle around or fuss with something. It’s a kind of agitated activity: busy but commonly aimless or inefficient. You can fooster with or over something, fooster around or about, or just fooster.

Curiously, there seems to be no associated Irish verb. Niall Ó Dónaill’s Irish-English dictionary translates fústar as ‘fuss, fidgetiness’ and fústaire as a ‘fussy, fidgety person’; fústráil is the act of fussing or fidgeting, while fústrach is the adjectival form.

Sometimes fooster has slightly pejorative connotations, implying mild disapproval: a parent or teacher might give out to a child for foostering. But the word is often emotionally neutral. It has broad appeal and is used in a wide range of ways (see below); Irish culture writer John Byrne called his blog Fústar in its honour.

Since being imported into Irish English – by Sheridan Le Fanu in 1847, says the OED – fooster has been inflected per English norms, giving rise for example to the adjective foostery. Fooster itself doubles as a noun form, but the gerund foostering is more usual in my experience. There’s a strong hint of phonaesthesia about all of these.

END_OF_DOCUMENT_TOKEN_TO_BE_REPLACED

A morsel of logic

At Macmillan Dictionary Blog I’ve been writing about etymology and Lewis Carroll.

Etymology bites back traces the connections between the words morsel, remorse, and mordant – all of which carry the sense of biting, to a more or less explicit degree:

[The] common word remorse, as you may now guess, literally means to bite back, from re- added to our Latin friend mordere. We might not be accustomed to thinking of remorse as a metaphor, but in a broad sense it is – like depend it tucks a physical idea into an abstract one. Remorse is the feeling of our conscience gnawing at us. There was also once a verb remord, meaning ‘feel remorse’, ‘afflict with remorse’, etc., but it is archaic and hasn’t been in popular use for centuries.

Language, logic, and Lewis Carroll begins a series of monthly posts celebrating the 150th anniversary of Alice’s Adventures in Wonderland, first published in 1865. It looks at the relative importance of logic in different types of English, and at the uses to which authors may put this variation:

Grammatical agreement is observed much more strictly in standard and formal varieties of English than in casual speech or non-standard dialects. Authors may exploit this to convey certain facts about a character or sociolinguistic context. . . .

Lewis Carroll did this too. In his short story ‘Eligible Apartments’ he uses non-standard dialogue liberally: ‘Here you has them on the premises’ (instead of have), ‘So we grows them ourselves’ (instead of grow), and ‘It do scratch, but not without you pulls its whiskers’ (do instead of does; pulls instead of pull).

Comments are welcome, and older articles can be seen in my Macmillan Dictionary Blog archive

In A. L. Barker’s darkly comic novel John Brown’s Body (1965) there is a use of the word without that’s fairly unusual nowadays:

She moaned, curling deeper into the dark. Nothing was finished or forgettable. Jack said that everyone went off balance sometime – at spiders or red rags or, in his case, temperance hotels. But this thing of hers was so almighty that she would have prayed to it if it would have done any good, asked to be let off a little, excused just enough to make it endurable. Painlessness she did not expect, not without she died and was born another person, but a little less cruelty, a grain of consciousness – the final humiliation was in not knowing herself – this she would have begged and prayed for if she thought anyone or anything was listening. [my underlines]

END_OF_DOCUMENT_TOKEN_TO_BE_REPLACED 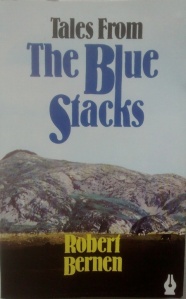 END_OF_DOCUMENT_TOKEN_TO_BE_REPLACED

Multiple negation and the meaning of ‘grammar’

I have two more posts up at Macmillan Dictionary Blog. (Yes, I mentioned a prior couple just a week ago – I wasn’t keeping up!)

First: Grammar at cross purposes highlights a common source of unnecessary strife over language use: the meaning of grammar, by which linguists usually mean syntax, morphology, and so on – the rules we pick up informally when we’re very young. By contrast:

When non-linguists talk about grammar, they are normally referring to more transient things like spelling, style, and conventions of usage. This discrepancy between the technical and popular interpretations of ‘grammar’ fosters uncertainty and disagreement over what a grammatical rule is, and what therefore counts as correct. Disputants may be at cross purposes because advice on ‘grammar’ is often simply instruction on style and usage. . . .

Grammar rules, as I once tweeted, come from how people use language. They emerge from the bottom up; they are not imposed top-down from logic, Latin, or some higher ideal.

One example of a ‘rule’ imposed by decree from logic, Latin, and higher ideals is the proscription against multiple negation, better known as double negatives.

Ain’t nothin’ (grammatically) wrong with no double negatives addresses this perennial point of controversy, looking over the usage’s long history in different varieties of English and how it came to be ostracised from reputable use:

The Merriam-Webster Dictionary of English Usage reports Otto Jespersen’s observation that because negation in English has often been marked subtly – ‘by no more than an unstressed particle like old ne or modern -n’t’ – speakers have long tended to reinforce it with additional negation. So the double negative is a feature of many dialects, and indeed was once common even in the literary English of Chaucer, Shakespeare, and Defoe. But that was before it gained a bad reputation, the result more of social than of grammatical pressures.

The post then briefly documents double negatives’ fall from grace as a result of unwarranted pejoration from 18thC grammarians and those who’ve carried the torch for them ever since.

Older posts can be read in my archive at Macmillan.