David Cronenberg on inventing a language

People invent languages for different reasons. It’s always a creative act, but artistic expression is not always the main motive, as it was for Tolkien. It may be a political undertaking, as with Esperanto. It can be a pastime, a linguistic or an intellectual exercise, or a job, which is how Klingon came to be. And it can be a mixture of these and other things.

Filmmaker David Cronenberg came close to ticking a few of these boxes early in his career. On a recent re-read of Cronenberg on Cronenberg, edited by Chris Rodley (Faber & Faber, 1992), I came across this brief discussion of Cronenberg’s linguistic aims for his first film, the avant-garde Stereo (1969): 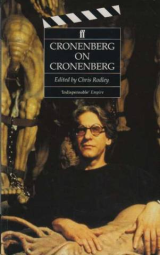 I wanted to create a novel mode of interrelation. There is no speech [in the film], but we know there is a kind of speech in gesture. Every community has a whole unspoken dictionary, and I wanted to invent one of my own. I had seriously thought of having the people in the film speak a tongue I had invented, but it’s very tricky to avoid making it ridiculous. I tried to get the alienness of culture involved in the film in subtle ways. One of them was to have that balletic sense of movement.

END_OF_DOCUMENT_TOKEN_TO_BE_REPLACED 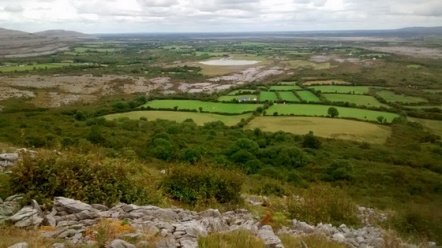 END_OF_DOCUMENT_TOKEN_TO_BE_REPLACED

The curses and adjectives of Luis Buñuel

This week I read My Last Breath, the autobiography of one of my favourite filmmakers, Luis Buñuel. Mischievous, opinionated, and full of eye-opening anecdotes from his long and frankly surreal life, it also has a couple of passages on matters linguistic that may be of general interest.

First, on the importance of choosing a good name, in this case for artistic works:

In my search for titles, I’ve always tried to follow the old surrealist trick of finding a totally unexpected word or group of words which opens up a new perspective on a painting or book. This strategy is obvious in titles like Un Chien andalou, L’Age d’or, and even The Exterminating Angel. While we were working on this screenplay [The Discreet Charm of the Bourgeoisie], however, we never once thought about the word “bourgeoisie.” On the last day at the Parador in Toledo, the day de Gaulle died, we were desperate; I came up with A bas Lénin, ou la Vierge à l’écurie (Down with Lenin, or The Virgin in the Manger). Finally, someone suggested Le Charme de la bourgeoisie; but Carrière [Jean-Claude, screenwriter] pointed out that we needed an adjective, so after sifting through what seemed like thousands of them, we finally stumbled upon “discreet.” Suddenly the film took on a different shape altogether, even a different point of view. It was truly a marvelous discovery.

The next passage concerns an incident during the Spanish Civil War. Buñuel has left Madrid for Geneva on the instruction of the Republican minister for foreign affairs, but he is warned en route that his identification papers will not get him past the border. Sure enough, a panel of “three somber-faced anarchists” halt his passage: You can’t cross here, they tell him. Buñuel has other ideas: