END_OF_DOCUMENT_TOKEN_TO_BE_REPLACED

Book review: ‘Talk on the Wild Side’ by Lane Greene

Language today is partly tame and partly wild, and the two will always be in tension. —Lane Greene, Talk on the Wild Side

It’s funny how many people profess to love the English language yet express this mostly by moaning about how others use it. Turns out they only love one dialect: the formal English they were taught at school. Other varieties receive their scorn and condescension. Everyday developments like dropped sounds or shifts in meaning are taken as signs of imminent linguistic ruin.

To fear that change could so corrupt English that it would slip into terminal decline is to misunderstand what language is and how we use it. No language in recorded history has ever devolved into grunts, but that hasn’t stopped people worrying that English will, if their favourite scapegoat – young people, managers, Americans, northerners, anyone not white and middle-class – carries on ‘mangling’ it the way they do.

If you have concerns about English being degraded, grab yourself a copy of Talk on the Wild Side: The Untameable Nature of Language by Lane Greene, newly published by Profile Books (who kindly sent me a copy). In fact, if you’re at all interested in language change and the remarkable efforts people have made to thwart or control that change, you’ll find much to enjoy in Greene’s book.

END_OF_DOCUMENT_TOKEN_TO_BE_REPLACED 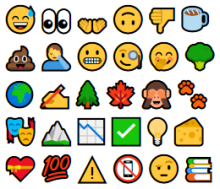