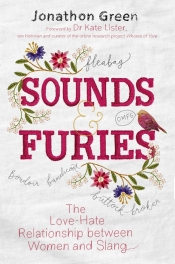 END_OF_DOCUMENT_TOKEN_TO_BE_REPLACED

The first time you saw the word biopic, did you pronounce it ‘bi-OPic’, to rhyme with myopic, either aloud or in your head, before learning that it’s ‘bio-pic’, as in biographical picture? If so, you were well and truly mizzled. I mean MY-zelled. No, wait: misled.

There are words we know, or think we know, but: (1) we probably got to know them in print before hearing them spoken, and (2) their spelling is ambiguous or misleading in a way that leads us to ‘hear’ them differently – perhaps incorrectly – in our mind’s ear.

Eventually there’s a lightbulb moment. Oh, it’s a bio-pic, not a bi-opic! I’ve been mis-led, not mizzled! Some linguists and language enthusiasts call these troublesome words misles, back-formed from misled, which is perhaps the prototypical misle.

END_OF_DOCUMENT_TOKEN_TO_BE_REPLACED

If you write (and you probably do), you’ll inevitably be unsure about English usage sometimes. Can refute mean ‘reject’? How should I use whom? Is expresso wrong? Is snuck? What’s the difference between militate and mitigate? Can they be singular? Can I say drive slow? Very unique? What does beg the question really mean?

The language has so many areas of dispute and confusion that we have to turn to authorities for the answer, and this raises – not begs – the questions of who these authorities are and why we should trust them. Last year, in an A–Z of English usage myths, I wrote:

We are (often to our detriment) a rule-loving species, uncomfortable with uncertainty and variation unless we resolve not to be. We defer to authority but are poor judges of what constitutes good varieties of it.

There is no official authority in English, despite occasional misguided attempts to create an Academy like in French. Some people, by virtue of their learning and trade, gain a measure of authority; they may be grammarians, linguists, editors, lexicographers, columnists, and so on. But they often disagree. Look up different usage manuals, dictionaries, or articles, and you’ll find plenty of mutual dissent.

For those who want categorical answers to knotty questions of grammar, usage, or style, these discrepancies between experts can be frustrating, and may be dubiously resolved by picking one authority and sticking to it. For the linguistically curious who don’t need a quick answer before a deadline hits, these grey areas can be fascinating, especially when traced through history.