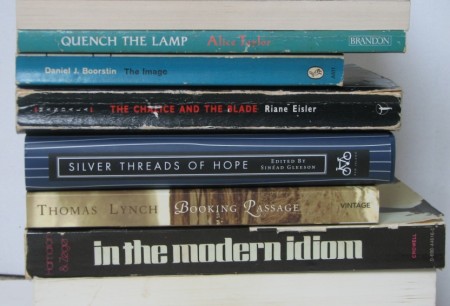 Quench the lamp, the image,
The chalice and the blade,
Silver threads of hope
Booking passage in the modern idiom.

Thanks to the authors and editors: Alice Taylor, Daniel Boorstin, Riane Eisler, Sinéad Gleeson, Thomas Lynch, and Leo Hamalian & Arthur Zeiger; and to Nina Katchadourian for the idea.

Since my last bookmash, the game has continued to spread – most notably to the great US public radio show on words and language A Way with Words (full episode here), which read out a few and encouraged listeners to compile their own.

I haven’t read all the books in this stack, so feel free to recommend. Some of you might know Silver Threads of Hope, a new anthology of Irish short stories in aid of mental health charity Console; it appeared in an older Sentence first post on turn-taking in conversation.

My previous bookmashes are here. Join in, if you like!

Grammar haiku and a whispering shell

Short poems and quick links today. First: a nonsense rhyme from months ago, reposted here lest I forget all about it:

On a day quite fine by the wind-blown brine,
I sit with my friend tranquilly —
A cockle, his heart warms the cockles of mine
As he whispers of life in the sea.

It will make more sense, I hope, alongside the drawing it was written to accompany: ‘The whispering shell‘ by Tegan Moss on her marvellous A Monster A Day blog.

On March fo(u)rth — National Grammar Day in the U.S. — editor Mark Allen hosted a grammar haiku contest judged by a panel of word specialists. The collected haiku on Storify make for a very entertaining browse. This was my entry:

My word, your syntax
stirs the imperative mood:
Let’s coordinate.

Despite, or because of, its shameless innuendo, it was one of the runners-up; the others, the honourable mentions and the deserving winner may be seen on Mark’s blog.

Comments in haiku, rhyming, or monstrous form are especially welcome, and there’s more haiku, nonsense verse, bookmashes and assorted poetry in the archives.

On Twitter some time ago, I had a chat with Kory Stamper and Jeremy Kahn about the plural of octopus (octopuses? octopi? octopodes?)

This prompted Jeremy to write a rhyme, Plurals of the many-footed, in which he posed the question: “Would they think us all wusses / not to embrace the octopuses?”

I responded with eight hurried lines of nonsense, reproduced here for the pleasure (or more likely pain) of posterity:

Octopodes, they swim not run,
They have a beak but not a bill.
Larger things they tend to shun,
Littler things they tend ta kill.
But what an octopus might think –
Whether singular or plural –
Is hidden in a cloud of ink
Obscuring all things cephaloneural.

Jeremy’s post links to Kory’s helpful and popular video for Merriam-Webster about the various plurals of octopus, and to an excellent Stæfcræft & Vyākarana post on the same subject.

To these I will add this useful discussion at bradshaw of the future, who notes that “usage trumps etymology every time”.

I prefer the plural octopuses, except where rhyme or rhythm warrant one of the alternatives. An adequate summary of their merits would require several paragraphs, which would be pointless given the links above: all are worth a moment of your time, if the topic interests you.

On a wing and a poem

You may glare
And cry “Unfair!”
I do not care.
I will not share. 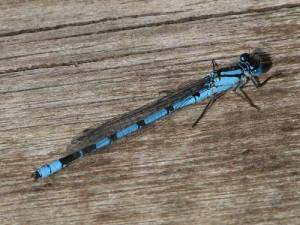 A damselfly in no distress
Pauses now to take a rest. 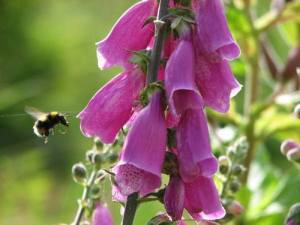 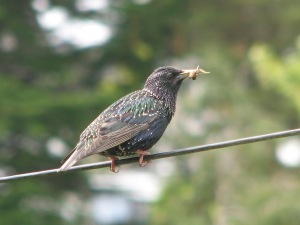 Sturnus vulgaris: an ill-fitting name
for so genial a bird (though you’re not quite tame)
From treetop to rooftop on sorties incessant
With firework-like feathers of dark iridescence.

The second verse was worse, so I’ll spare you.

The last place I lived was populated more by smaller Irish birds such as finches, pipits, tits, stonechats and wagtails; I’d forgotten just how noisy blackbirds and starlings can be.

Not that I mind. The starlings nesting in the roof are the first thing I hear when I wake up, and they hardly stop chattering all day. Or maybe one of them is making all the noise. The only time it’s not whistling, clicking or chirruping is when it has a juicy meal in its bill.

Because I eat in the garden whenever possible, I have to beware of aerial bombardment. To date I have been splatted only once, which makes me feel very lucky, though in the immediate aftermath of these events it’s hard to avoid the suspicion that the bird did it deliberately, out of mischief.

Though humble be
The bumblebee,
I’d rather rise
With butterflies. 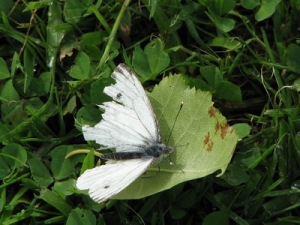 Then back to earth
In time for spring
To metamorph
And colour bring.

When winter ends
And seasons cross,
No Mister Frost
No Scrooge or Grinch
Would fail to thaw
In new Seanhenge.

I dedicate this short whimsical poem to Omnium (a blog whose title will be familiar to Flann O’Brien fans), and to all its inhabitants and visitors, human and otherwise. There is a garden there, of both earthly and cosmic delights; Seanhenge is its name. It is well tended, and accordingly rich in flora and fauna, sometimes bearing the most unusual and intrepid fruit.

It is difficult to discern where Seanhenge ends and Omnium begins, since Seanhenge is there but also here, and Omnium is everywhere! In any case, Seanhenge is blessed with the consummate host: he is witty and welcoming, just and generous, sincere and surprising, cheerful and cherished. I am lucky to have wandered into his garden and its gathering of good people. Sean will not mind, I think, if I invite you to visit and explore for yourself.

How happy to defend our heart,
When Love has never thrown a dart!
But ah! unhappy when it bends,
If pleasure her soft bliss suspends!
Sweet in a wild disordered strain,
A lost and wandering heart to gain,
Oft in mistaken language wooed
The skilful lover’s understood.

I found this poem and its translation in Literary Frivolities, Fancies, Follies and Frolics (1880) by William T. Dobson, who in turn found them in Isaac D’Israeli’s Curiosities of Literature (1791–1823). Some lines seem rather loosely translated, but no matter. Dobson writes that the French author Claudine Guérin de Tencin once sang this verse to the writer and scientist Bernard le Bovier de Fontenelle, who was impressed enough to request that she repeat the performance. When she pointed out that the verses were mere nonsense, he admitted that they were “so much like the fine verses I have heard here, that it is not surprising I should be for once mistaken!”

An amphigouri, also amphigourie or amphigory, can be considered a burlesque equivalent of what is known in English as a nonsense poem or nonsense verse. The OED says the word is a learned jocular formation from amphi- (Greek for around, about) and allégorie, where the Greek -agoria means speech or speaking. Alternatively, the latter part of the word may have come from gyros, Greek for circle or ring: like these entities, an amphigouri is well-rounded and attractively presented, but has nothing of substance inside. As Dobson put it, the verse is “richly-rhymed, elegantly expressed, but actual nonsense!”

Nonsense it may be, but my ears prefer it to the non-rhyming, inelegantly expressed nonsense that sometimes passes for meaningful communication.