END_OF_DOCUMENT_TOKEN_TO_BE_REPLACED

How to pronounce ‘Celtic’

I don’t normally mark St. Patrick’s Day in any linguistic fashion, but this year I have a short article at Mental Floss about how to pronounce Celtic – is it /ˈsɛltɪk/ ‘Seltic’ or /ˈkɛltɪk/ ‘Keltic’? 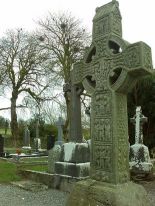 In my own usage it’s both, depending on the context, but there seems to be a lot of uncertainty and debate over which is the ‘correct’ pronunciation. So I hope my article goes some way towards resolving the matter. Here’s a excerpt:

Celtic pronounced “Keltic” is an outlier in English phonology. Nearly every other English word beginning ce- has a soft-c sound: cedar, ceiling, cell, cement, cent, cereal, certain, cesspit, and so on (cello, with its “ch-” onset, is another anomaly). So it shouldn’t surprise us that “Seltic” was once overwhelmingly the norm. The now-dominant pronunciation “Keltic” is a modern innovation.

You can read the rest at Mental Floss, and feel free to leave a comment either there or below.

Do you take pains saying ‘painstaking’?

I don’t know when I first realised that painstaking – which means very careful, diligent and meticulous – is about taking pains. It’s obvious when you see it, but I didn’t make the connection when I first saw the word, and duly used and encountered it for a while before the etymology occurred to me or I read it somewhere.

Consider for a moment how you say the word, specifically the s in the middle. Do you voice it like a z, as in pains-taking, or is it an unvoiced, ‘soft’ s, as in pain-staking? Maybe you say it both ways? Or it could be borderline – it often seems so. I know the pronunciation of a sound can depend a lot on its neighbours, but I don’t have the phonetic savvy to establish precisely what’s going on here.

In any case it seems I’m not the only one to whom the word’s structure wasn’t initially glaringly obvious. When I asked on Twitter how people spoke it, most said they didn’t voice the s, and some were surprised (to put it mildly) to analyse it anew as taking pains. I’ve just put the full Twitter discussion up on Wakelet, if you’d like to take a look. 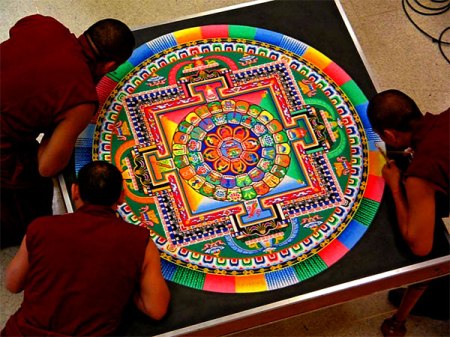 Curiously, there may be a UK/US difference here. British dictionaries tend to include the voiced-s pronunciation (or ‘z-form’) in their entries for painstaking, but some omit the unvoiced-s variant despite its popularity. Macmillan and Collins offer only the z-form, as does Oxford Dictionaries’ UK page – its US page has both.

Cambridge’s UK audio sample is clearly pains-taking, IPA /ˈpeɪnzˌteɪ.kɪŋ/, but its US audio is closer to pain-staking. Merriam-Webster has \ˈpān-ˌstā-kiŋ\ but its audio is (I think) ambiguous. The American Heritage Dictionary 4th ed. has the z-form only, but the 5th has both and notes that despite its etymology the word “often sounds as if it were made from pain and staking”.

So here’s a quick poll, to increase the sample size of this informal survey. Comments on how you say it and what your dialect is would also be welcome, as would phonetic analysis from anyone who has taken pains to learn those ropes.

* Photographer unknown. Please tell me if you can identify the source.

The oddly named letter H is usually pronounced ‘aitch’ /eɪtʃ/ in British English, but in Ireland we tend to aspirate it as ‘haitch’ /heɪtʃ/. This haitching is a distinctive feature of Hiberno-English, one that may have originated as a hypercorrection but is now the norm in most Irish dialects. (It’s also on the rise in British English, as we’ll see.)

A search on IrishTimes.com returned 1,946 hits for ‘a HSE’ and 92 for ‘an HSE’ (HSE = Health Service Executive), excluding readers’ letters and three false positives of Irish-language an HSE ‘the HSE’. Even allowing for duplications, this shows the emphatic preference for aspirating H in standard Hiberno-English. Haitchers gonna haitch.

END_OF_DOCUMENT_TOKEN_TO_BE_REPLACED

Mergers and minimal pairs: a survey of accents

Warren Maguire, a linguist lecturing at the University of Edinburgh, has told me about a survey he’s conducting into accents of English in Britain and Ireland. It’s been running for a few years, and you can see some preliminary results mapped here.

Maguire is looking for more respondents, especially from Ireland, but you don’t have to be from Ireland or Britain to take part: though other varieties of English aren’t the main research focus, all information will be gratefully received. The more data, the better.

So if you have time, do answer the survey here. It’s not a test, and there are no wrong answers (so long as you’re honest!). It took me about 10 minutes, and it was fun. You’ll be given pairs or sets of words and asked if you pronounce them the same, or if they rhyme to you.

The survey is expected to be completed next year, and I’ll be keeping an eye out for the results.

At Macmillan Dictionary Blog I have a couple of new posts to report. First up, LOL slash grammar, knowmsayin? looks at recent innovations in how people use LOL and slash, among other terms:

Sometimes . . . existing words get repurposed, switching grammatical classes or incorporating new ones: verbs and adjectives are converted into nouns, and vice versa. This attracts predictable criticism, but it’s a thoroughly ordinary process; nounings and verbings are a large part of the everyday formation of new usages.

Other switches are more unusual.

Linguist John McWhorter has noted that the phrase (Do) you know what I’m saying? is not usually the question it might superficially seem to be,

but rather is “a piece of grammar, soliciting the same sense of empathy and group membership that LOL does”. Given its frequent informal use, the phrase is often compressed into a syllable or two for efficiency. If you search Twitter for nomsayin or knowmsayin, you’ll see how common this is.

I offer a brief synopsis of the broader implications for language (hint: harmless; positive), then the comments extend the discussion: OMG is cited as showing similar semantic drift to LOL, while dot dot dot and full stop are further examples of verbalised punctuation.

You can read the rest here.

I now pronounce you … Wait, how do I pronounce you? steps back from the recent palaver over the pronunciation of GIF, to look at other examples of phonological confusion and controversy – and do we place the stress on that word’s first or second syllable?

Macmillan Dictionary includes both pronunciations, and indeed the two forms are legitimate. This point is sometimes missed: people assume there can be just one right way, when in fact there is often more than one. Geography and register may be factors in whether a particular pronunciation of a word is perceived to be correct or appropriate.

A recent humorous article in the Irish Times commented on the social and religious aspects of pronouncing aitch in Northern Ireland. It prompted a flurry of letters on the subject, several of them condemning the proliferation of h-sounds in places the writers considered wrong – including the name of the letter itself.

Since I began with an anecdote from my school days, readers have joined in by sharing stories of pronunciation-related embarrassment and epiphanies (and, included in the post, one of violence). Feel free to add your own.