END_OF_DOCUMENT_TOKEN_TO_BE_REPLACED

Deborah Tannen’s book You’re Wearing THAT? Understanding Mothers and Daughters in Conversation (Virago Press, 2006) has no shortage of passages worth quoting. Here are two.

The title’s foregrounding of clothes, by the way, is indicative but potentially misleading: clothing is but one of many topics whose metamessages Tannen analyses.

A chapter on inclusion and exclusion in female relationships notes the early emergence of this preoccupation:

Much of the talk that little girls exchange with their friends is telling secrets. Knowing each other’s secrets is what makes them best friends. The content of the secret is less significant than the fact that it is shared: Exchanging secrets is a way to negotiate alliances. A girl can’t tell secrets in front of girls who aren’t friends, because only friends should hear her secrets. So when girls don’t like another girl, they stop talking to her, freeze her out of the group. That’s why when a little girl gets angry at a playmate, she often lashes out, “You can’t come to my birthday party.” This is a dreadful threat, because the rejected girl is left isolated. In contrast, boys typically allow boys they don’t like, or boys with low status, to play with them, though they treat them badly. So boys and men don’t tend to share (or understand) girls’ and women’s sensitivity to any sign of being excluded. (They tend to develop a different sensitivity: to any sign of being put down or pushed around.)

END_OF_DOCUMENT_TOKEN_TO_BE_REPLACED 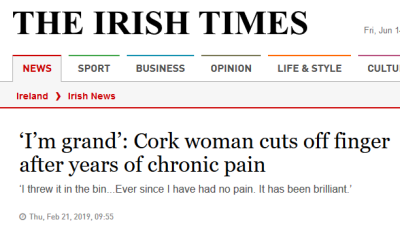 END_OF_DOCUMENT_TOKEN_TO_BE_REPLACED

George Orwell’s famous essay on the politics of language, strained and self-contradictory as it is, rests on the incontestable idea that people manipulate language for political ends – whether it’s to prod something improper towards legitimacy or to dodge responsibility for interpersonal shortcomings. The political, after all, is personal, and language is as personal as it gets.

The Evasion-English Dictionary by Maggie Balistreri (Em Dash Group, 2018) shines a welcome light on such language in its social guise and dissects it for our pleasure and occasional squirming. A slim volume expanded from its original 2003 edition, the EED packs considerable insight and wit into its 132 pages, showing how we routinely choose (and avoid) certain words to massage the truth, let ourselves off the hook, and passive-aggressively get our own way.