END_OF_DOCUMENT_TOKEN_TO_BE_REPLACED

How to accept language change, with David Cronenberg

Language change is something I watch closely, both as a copy-editor and as someone broadly interested in how we communicate. I read usage dictionaries for fun; I also read a lot of fiction, and sometimes, as a treat, it throws up explicit commentary on shifts or variation in usage.*

This happened most recently in Consumed (Scribner, 2014) by David Cronenberg (whose thoughts on language invention I covered earlier this year). Nathan, a young photojournalist, is visiting Roiphe, an elderly doctor, who calls Nathan ‘son’ just before the passage below, emphasizing the generational gap. They’re sitting in Roiphe’s kitchen:

END_OF_DOCUMENT_TOKEN_TO_BE_REPLACED

One did not talk nonsense to horses: Notes on Molly Keane by her daughter Sally Phipps

When the Irish author Molly Keane (1904–1996) suggested to her daughter Sally Phipps that she write Keane’s biography, she told her: ‘I trust you completely; the only thing I’m afraid of is that you won’t be nasty enough.’ 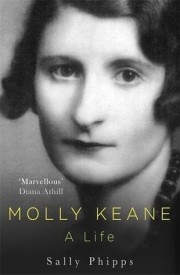 The result of that proposal, Molly Keane: A Life (Virago, 2017), is an excellent account I can recommend to anyone who enjoys Keane’s work. It contains several passages and items of linguistic note, which – this being a blog about language – may be of passing interest also to those who have not read her.

Keane wrote her first dozen or so novels as ‘M. J. Farrell’. The name came to her fortuitously:

When returning from hunting one evening she saw the name M. J. Farrell over a pub doorway and she took it as a pseudonym. Secrecy was important to her as she thought no one would dance with her in the horsey society in which she moved if it was known she was a writer.

The seriousness of ‘horsey society’ extended to the horses themselves:

END_OF_DOCUMENT_TOKEN_TO_BE_REPLACED

I came across an interesting word in Don DeLillo’s novel Falling Man (Picador, 2007). It appears in the middle of a conversation between an estranged couple, here discussing their son:

‘We talked about it,’ Keith said. ‘But only once.’
‘What did he say?’
‘Not much. And neither did I.’
‘They’re searching the skies.’
‘That’s right,’ he said.
She knew there was something she’d wanted to say all along and it finally seeped into wordable awareness.
‘Has he said anything about this man Bill Lawton?
‘Just once. He wasn’t supposed to tell anyone.’
‘Their mother mentioned this name. I keep forgetting to tell you. First I forget the name. I forget the easy names. Then, when I remember, you’re never around to tell.’

Seeped into wordable awareness is a lovely phrase, and wordable is a curiously rare word, given its straightforward morphology and transparent meaning. It has virtually no presence in large language corpora:

END_OF_DOCUMENT_TOKEN_TO_BE_REPLACED 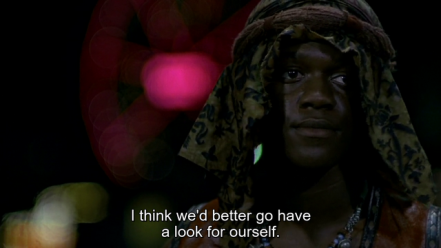 END_OF_DOCUMENT_TOKEN_TO_BE_REPLACED

It was a hundred years ago, in 1922, that James Joyce’s Ulysses was first published in Paris. Joyce famously set the novel over the course of a day in Dublin; his connections with Galway, a smaller city on the opposite side of Ireland, are less well known but intriguing in their own right.

Those connections are mainly a result of Joyce’s lifelong relationship with Nora Barnacle. Though he visited Galway just twice, Joyce’s exploration of it continued vicariously through Nora as they settled and resettled in cities around Europe. Anyone who has read ‘The Dead’ will appreciate the richness and resonance of that exploration. But Joyce also wrote about Galway in poetry and in articles for a Trieste newspaper, for example. 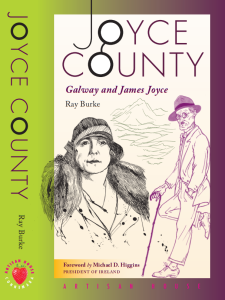 Delving into this relationship between writer and place is Ray Burke in his book Joyce County: Galway and James Joyce, recently published in a beautiful revised edition by Connemara-based Artisan House. Long-time readers of this blog will be aware of my interest in Joyce’s writing, and I’m delighted to have worked as copy-editor on this project.

Joyce County, first published in 2016 by Currach Press, now reappears with original illustrations by Raymond Murphy and Joe Boske and around 10,000 words of additional text, the result of ongoing research in the intervening years. From the new foreword by Michael D. Higgins, president of Ireland (and himself a poet and scholar):

END_OF_DOCUMENT_TOKEN_TO_BE_REPLACED

How well read should editors be?

Asked about their work, experienced copy-editors point to the importance of reading – and reading broadly. It’s well-founded advice. Editors tend to be avid readers, but with biases for and against certain types of books, such as we all have. And any budding editor who isn’t a voracious reader might consider that lack of appetite a red flag.

But just how does diverse and eclectic reading help us edit? Are there books, or types of books, that are essential reading for editors? And what of editors who forgo fiction and would not dream of reading anything ‘unrealistic’ or formally experimental: Are they missing out, even if they edit only non-fiction?

I was invited to explore these questions for the Chartered Institute of Editing and Proofreading (CIEP, formerly the SfEP), which has now made my essay freely available: ‘How well read should editors be?’ In it I write:

Broad reading opens us up to diverse world views, the same way that talking with different kinds of people does, and this informs our work. More directly, it familiarises us with lesser-known words and their habitats and collocations. It trains the ear on different forms of authorial rhythm, narrative, and humour. It accustoms us to different writing styles and devices, metaphors and clichés, norms and lexicons. Reading from different eras and dialects educates us on the inexorable drift of idiom.